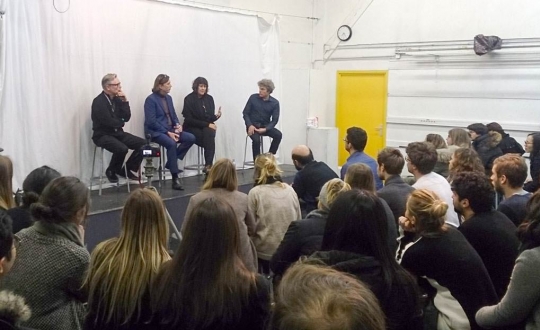 The spirit in architecture examines the work of John Lautner, by Bette Jane Cohen.

The spirit in architecture examines the work of John Lautner, one of the most visionary and profound architects, who began his career in los angeles in the 1930’s. This illuminating journey into Lautner’s world features never before seen footage from his apprenticeship with Frank Lloyd Wright at Taliesin ; extensive documentation of his extraordinary buildings ; and interviews with historians, critics, collaborators, clients, and Lautner himself, which put his achievements in perspective. His building’s use in feature films and his « Googie’s » coffee shop design demonstrate his contribution to popular culture.

« In April, 1988, while on vacation in Mexico, I had heard there was an architectural masterpiece somewhere in Acapuclo. The house was Casa Marbrisa and the architect was John Lautner. »
« I though film would be a wonderful format to portray these complex, flowing spaces and describe the creative forces behind them and that this film could be the first in a series portraying visionary architects. »
« After writing the first grant for The Spirit In Architecture, I went into Lautner’s office with the proposal and introduced myself. He said, ‘Well, it seems like a whorthwhile project and you seem tall enough to do it!’ I told him it would take a long time. He said, ‘All good things do. »
Bette Jane Cohen 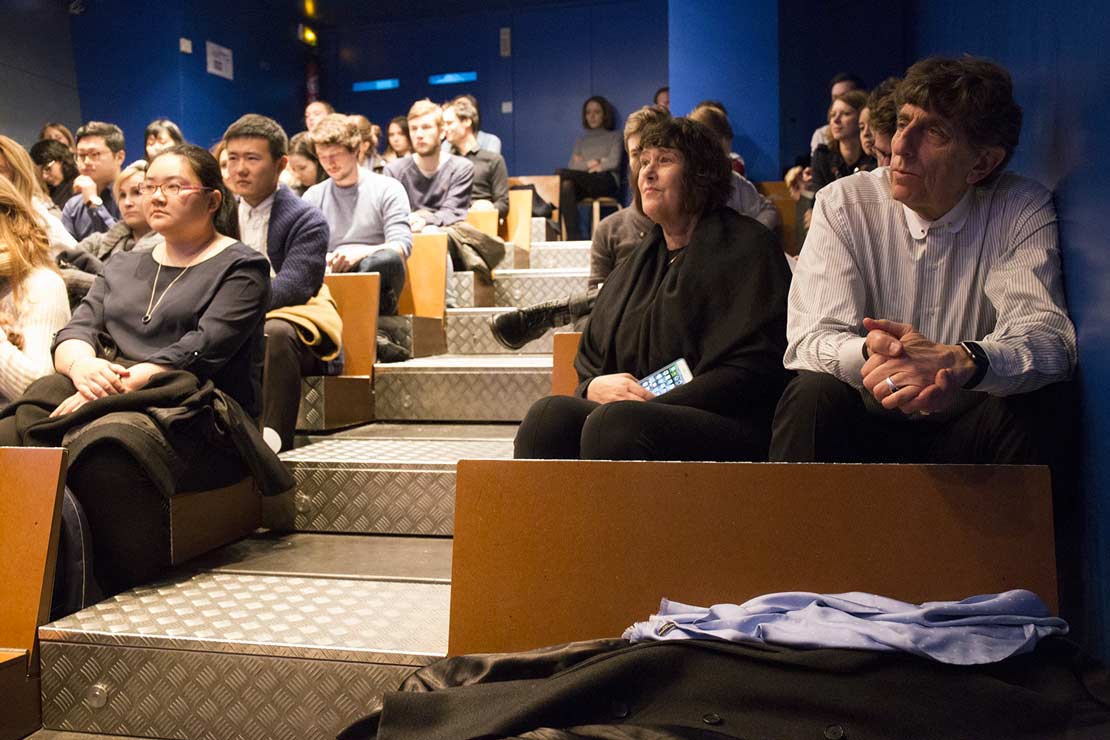 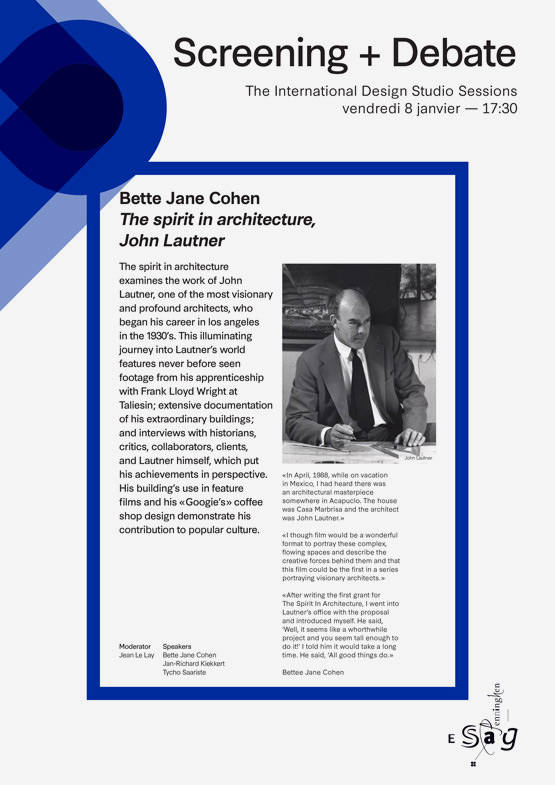